Mobile application development is the process or act by which an app is created for various mobile devices like mobiles, business phones or other mobile devices. These applications are made to run smoothly on various mobile devices, including an iPhone or a tablet PC. The apps created by developers are usually very useful and attractive, which means that they attract users from a wide variety of age groups. The market for these apps is constantly growing.

One of the main benefits of mobile application development is that it can be quickly developed on any platform, using any number of mobile platforms. This reduces the cost involved, as the developers need not spend a lot of time and money on developing a mobile application on a particular platform only. Instead, they can use the same technology and strategy to develop multiple apps on different platforms. Another important benefit of this method is that the codebase of the application is kept small and simple, which enables easy installation and usage on various mobile operating systems.

There are many companies that deal with mobile application development, either as an outsourcing company or as an independent mobile development company. The mobile application development market is seeing a lot of development due to the increase in the number of iPhones and Android devices in the world. The demand for apps on these platforms has therefore seen exponential growth over the years. As a result, the competition between developers has also been sharpened. This is because developers are working hard to provide innovative and creative apps that can differentiate them from the other and offer unique features to users. However, over the years, the popularity of these apps has declined slightly on iOS and Windows Phone devices. 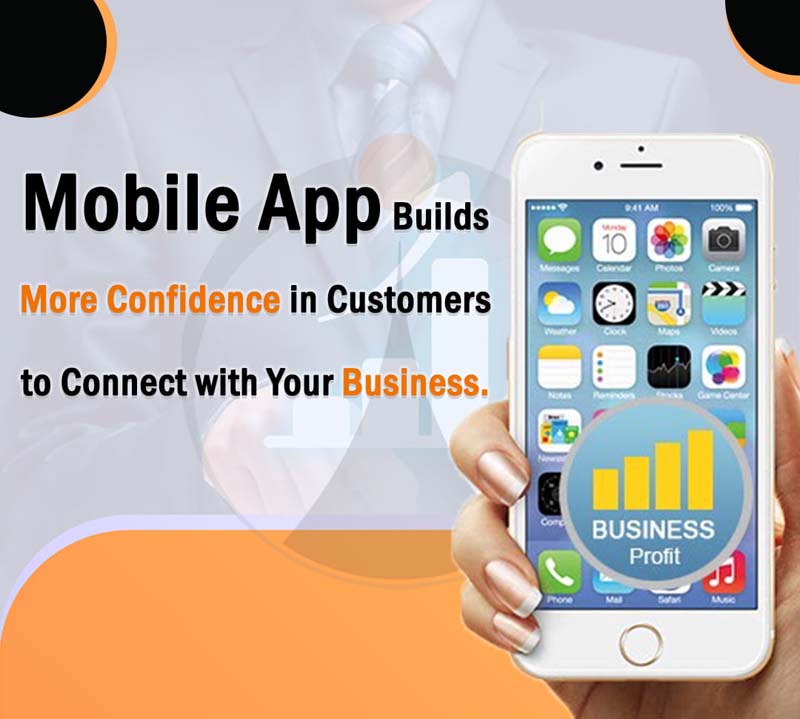 What Is a Hybrid Mobile App?

Hybrid mobile app development is basically the creation of just a single application that can run on several operating systems, such as Android, iOS and Windows. In general, when developers create hybrid mobile app development, they usually add a single universal code file for all platforms together with a specialized script or utility that runs specifically on each mobile platform. This means that the application works on both mobile devices and performs the same tasks on each platform, including calls to the server and receiving data from the server. However, the user experience will be greatly affected by the specific implementation.

This is because of the fact that not every feature or function will work on every mobile platform. This is especially the case when developers rely heavily on Android APIs. This makes it difficult for hybrid mobile app developers to develop an application which can operate across a variety of Android devices. This is why hybrid mobile app development must always ensure that the application will run properly and behave consistently on different Android devices.

Hybrid apps differ from native ones because they are distributed through different processes. In general, a native app is distributed as an app through Google Play, and it is then hosted on a third-party server. This server will host the app on a virtual machine (Virtually) – meaning that the app will only run on the machine that it was developed on, but since it is distributed across multiple platforms, the developer doesn’t need to spend time learning to code the different code languages on each platform. Hybrid mobile apps, on the other hand, are distributed as a mobile application through the Android market place (also known as the Android Market) on a personal device, and the developer must then learn the coding languages used on each platform. While this can be time consuming, it also means that hybrid apps can be more versatile, as each mobile platform has its own set of devices.

iPhone App Development: Why is it Important For Businesses?

With the iPhone, users can browse through different applications at once. They can do so while they’re sitting on their couches, in their offices, and even while they’re on the go. The iPhone has truly become a universal tool, capable of doing almost anything that a user would imagine. However, Android mobile applications are much more in control of how and what the device can do. Therefore, it’s up to iPhone app developers and iPhone app development services to create a situation wherein each side can prevail.

According to reports, there are already about a million apps in the market today. This number is enough to prove just how much people love to use these apps, and it also proves just how popular iPhone apps are becoming. The fact that iPhone users outnumber users of Android phones goes to show just how successful this device has become. To keep up with this growing popularity, developers and iPhone app development service providers are now working hard in order to provide consumers with the most comprehensive and feature-rich mobile apps available on the market.

For companies like Apple and Google, this is nothing less than a boon. The fact that their products are being used by billions of people around the globe makes it very important for them to stay ahead of the competition. If they don’t, their business will be seriously affected – not to mention the billions of dollars they have to lose if customers begin using competing products instead. As such, companies like Apple and Google rely on third-party companies like iPhone App Development Company to help them create and market their mobile devices.

But why are companies like Apple doing all of this? The two major reasons behind the strategy are really simple. First of all, they want to ensure that their customers are always satisfied. They feel that by offering as many options as possible, they can not only ensure a wide consumer base but also give each customer the kind of experience that he wants. This is why iPhone app development is crucial to these companies, since they are in business to make their customers happy.

In fact, iPhone app developers play a very important role in Apple’s strategy. The iPhone has revolutionized the world of mobile technology, especially since it is capable of doing tasks that were previously impossible. These apps can do anything from simply browsing the internet to playing games. Therefore, consumers are no longer satisfied with mobile phones that simply allow them to send e-mails or browse the web. Instead, consumers want to use these phones to do stuff that is more specific. In order to do that, iPhone app developers need to offer as many options as possible and iPhone app development is their way of ensuring that their customers have as many choices as possible.